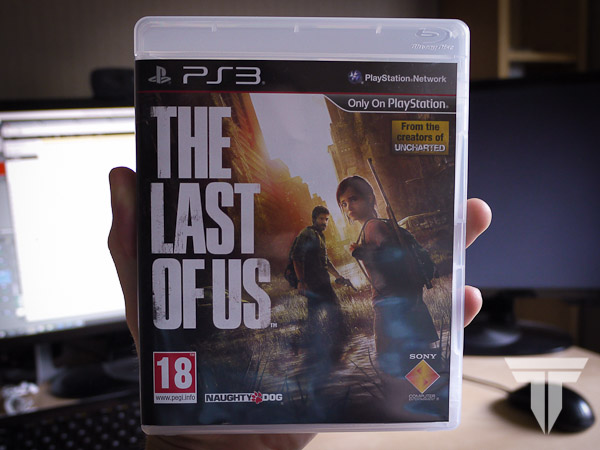 Why you need The Last Of Us

If you haven’t  heard recently I bought a game for my PlayStation 3. My PlayStation has been gathering dust for the past 2 years because I had dedicated myself to PC gaming. The reason for this was cloud storage (Steam), graphics, loading times and general performance. The thought of buying another PS3 game was a joke to me, I genuinely never thought I would need one. And then I saw The Last Of US.

If you are not familiar with The Last Of US it is a game set 20 years after a fungal infection had started spreading throughout the world, turning people into zombie like monsters. With no hope for a cure people try to survive in the destroyed, overgrown world. You take on the role of Joel, a survivor who passes his time by smuggling items in and out of quarantine zones. Without giving away the story too much Joel finds himself crossing America with Ellie, a 14 year old girl who must head west alongside Joel for a number of mysterious reasons.

The best part about this game, and the reason it is in a different league to other games is the emotion between Ellie and Joel. Remember Ellie is only 14, she has only known a dead world, one full with depression, fear, and the death of the ones you love. She herself has emotion. She will get scared, if she is angry she will shout and Joel, and if sad she will stick back. Despite this cruel, hard world Ellie is still only 14, and holds some of those characteristics. She skips, whistles and will talk to you about dreams, all of which add up to create a character I have never seen in any other game.

The game is set in a number of environments. You start off where Joel lives, in a military organised quarantine zone and begin to make your way out from there. You make your way through overgrown cities, evacuated towns, snowy landscapes and fallen evacuation zones. All of these environments are beautiful and really fit in its particular part of the game. The characters show emotion, and the environment only re-enforce it. I have to be careful giving away the story here, but there are times where you are alone, in which you are separated from Ellie and are plunged into a basement in total darkness, with infected enemies waiting around every corner, as you rush to get back to Ellie.

The enemies you encounter vary between military groups, hunters, multiple kinds of infected enemies and others. That is something you will experience in playing The Last Of Us, who is good, and who is bad. I cannot talk about this too much, but you will understand exactly what I mean by saying that.

The game is a third person shooter/stealth. Take your pick. If you think you need to save ammo, are outnumbered or out gunned stay to the shadows. Whereas if you are pushed for time, in danger or are rushing to save Ellie or other survivors go in guns blazing. Its these choices that make the game a very unique experience. Looting is also extremely common. The game is scattered with ammo, scissors, sugar, rags, alcohol and other such items. These can be combined to create weapons to kill, or distraction to slip by undetected. Crafting is done in Joel’s backpack, without pausing the game. If you need a health kit, make sure the room is clear. This is something ZombieU was praised for, and I am very glad in the way it worked in The Last Of Us.

Overall The Last Of Us has a very unique game play experience. It is the best looking game I have ever played, and I have never felt so much emotion in playing any other game. It’s worth every penny, and the game will be receiving DLC within the coming months, which I really can’t wait for.