Ah the iPhone 5. By far my best and favourite phone yet. Now a day’s most people know the term “iPhone” and know that back in 2007 the iPhone set the standard for smart phones, and was the best phone at that time. Because of its unbeatable touch screen technology and amazing software the iPhone showed other phone manufactures who’s boss. Now it’s 2012, that’s 5 years since launch. Have other phone manufactures caught up, or it the iPhone still king of the hill? Lets take a look at my iPhone 5 review. 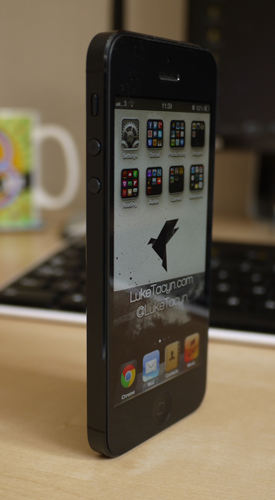 The shape and look is very similar to the iPhone 4 & iPhone 4S with things such as the rounded corners and the metal band around the outside but there are some areas that are completely different. For example the iPhone now is taller with a 4 inch screen (more about this later on). The back is no longer glass, but instead is a beautiful brushed aluminium, with glass on the top and bottom parts of the phone. The phone is now considerably thinner, at just 7.6mm, compared to the iPhone 4 & iPhone 4S which were 9.3mm. This has also effected the weight, and the iPhone 5 is 28 grams lighter, at 112 grams. That may not seem like a big difference, but it’s unreal when you have the iPhone 4S in one hand and the iPhone 5 in the other. The difference really is noticeable.

Another number of small positioning changes have been made, such as the Face time Camera (Now 720p) is positioned above the front speaker, rather than to the left and the headphone jack is now on the bottom, rather than the top, similar to what we have seen on the iPod touch. The rims are also slightly angled and the speaker has received some changes. One of the more notable changes is the loss of the traditional 30 connector and the addition of the new lightning connector (more on this later). All these designs features and tweaks really shows the amount of effort that has been put into its design despite the fact the iPhone 5 very much reminds us of the design styles of the iPhone 4 & iPhone 4S. 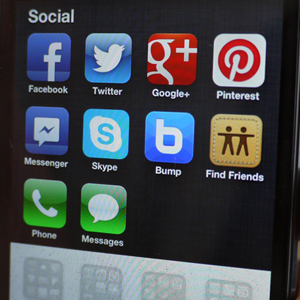 The iPhone 5 has received some and updated components on the inside. These include the Dual Core A6 CPU running at 1GHz, which (according to Apple is up to twice as fast as the A5 chip, but also increases graphic performance. From what I have found I cannot complain about the speed of the iPhone 5. Everything I do seems to be quick and snappy, leaving nothing to complain about. The A6 also brought better battery life, giving you 8 hours 3G browsing time, 8 hours talk time and 10 hours video playback. Again I have not timed these but from my day to day usage I have found the phone to be incredibly reliable in terms of battery, and it has easily got me through the day in one charge.

The iPhone 5 has 1GB of RAM, which is certainly helpful when multitasking around in iOS 6. You also get 3 choices of storage, 16GB, 32GB and 64GB (I chose 32GB). The iPhone also has Dual band 802.11n wireless connectivity, accelerating your Wi-Fi speeds up to 150Mbps (according to Apple). The new iPhone also supports 4G LTE, but unfortunately my network does not support 4G, but I’m still getting 7Mbps down in most places, which isn’t bad at all. The back camera has also received some changes, it’s the same 8 megapixel but it has better low light performance and improved noise reduction. I have not done comparisons with the iPhone 4 but certainly the camera is fantastic enough for the phone. As mentioned earlier the front facing camera is now 720p, meaning 720p HD face time calls. There is also now a third microphone added to the phone, meaning better noise reduction not only for video calling, but also calls.

One of the biggest and most noticeable changes to the iPhone 5 is the new display. The display is now 4 inchs at 1136 x 640. That’s a 16 x 9 resolution, so no more letterbox HD video playback. The new display had some people worried at first, thinking it would not be ergonomic, but in fact its fine. The average hand can get their right-hand thumb to the top left hand corner of the screen with ease. I have had no issues with the larger screen size, and think this larger screen was a great addition.

One of the downsides of the new display is having developers update apps. Until they are updated the iPhone will display them letterboxed. At first this might sound bad, but most of the apps I use have already been updated, or have updates in the works. For the first two weeks many apps were letterboxed, but it wasn’t too noticeable. It really doesn’t make that app useless, nor does it reduce any functionality to the phone. Developers updating their apps may take some time, but while we wait, we won’t have any issues regarding experiance. 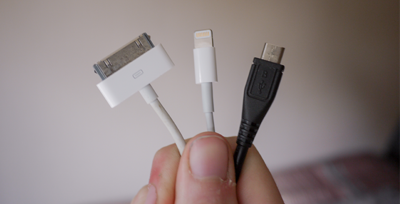 I have given my opinion throughout this article but here is my overall opinion. It’s a great buy. The larger screen, better performance and all the other features discussed make this iPhone a great buy. It is certainly the best iPhone yet, and is by far one of the best phones you can get today. If you’re looking at getting an iPhone be sure to take a look at the iPhone 4 and the iPhone 4s, these are still great phones, so be sure to weigh up the options before you buy.